“Everything is interwoven, and the web is holy.” – Marcus Aurelius (2nd century)

According Dr. Victor Frankl (1976), as humans the yearning for meaning in our lives is the driving force behind everything we do. Experiences that we find meaningful bring significance to our life. This is of great value for without feelings of significance we loose any sense of purpose, life becomes mundane, and we end up mistreating our potential, ourselves and each other.

Our attitudes and beliefs largely determine the kind of meaning which we give our experiences, however, whether pessimist or optimist, we can’t ignore the obvious synchronicity of certain events.

You think of someone then the phone rings and it’s that person. Coincidence? Maybe, but in the moment such a “coincidence” strikes its occurrence cannot be ignored. The more we pay attention to these mystical coincidences, the more they become meaningful and with that cultivates a sense of connection with everything in life, and what could be more significant than that?

Carl Jung referred to synchronicity as a meaningful coincidence highlighting that there is a unity between the psychic and the physical. Jung (1951) used the term unus mundus (p. 261), Latin for “one world,” to describe this unity.

In relation to the meaningfulness of feeling connected to all of life, the occurrence of synchronicities implies an interconnectedness of everything, as well as our ability to be influential within the greater scheme of life.

Synchronicity also provides proof that the randomness of our existence as claimed by Darwinian theory may not be completely true, as synchronistic events elude to a higher order and provide confirmation that our thoughts and actions are not separate from other realms of consciousness that interplay with our physical reality.

Quantum physics indirectly backs up such claims about synchronicity with its Uncertainty Principle which rejects the notion of an objective reality that is independent of human consciousness (Heisenberg, 1990). David Bohm observed the relationship between subatomic particles and concluded that matter and consciousness are interconnected (Bohm, 1990). Bohm’s theory that existence encompasses an implicate order in which everything is connected, and a corresponding explicate order, from which the observable world unfolds and in which time, space and classic physics apply (e.g., Bohm & Peat, 1987) further supports the concept of synchronicity. David Peat who found synchronicity to be a unifying principle between the individual consciousness and the totality of space-time, sees synchronicity as the bridge between mind and matter (Peat, 1987).

The branch of NLP called Humanistic Neuro-Linguistic Psychology (HNLP) is based on a set on presuppositions, one of which states that: “Everything and everyone is interconnected. The material universe is a dynamic web of interrelated events. None of the properties of the web are fundamental. They all follow from properties of the other parts and the overall consistency of their interrelations determines the structure of the entire web. At the quantum level we are one, there are no local causes”.

Since everything we experience first existed as a potential (pre-manifestation) in the quantum field, which is the realm in which we are all connected, it should come as no surprise that synchronicities can be viewed as key holes into a higher order of our nature.

Synchronicities offer a glimpse into a level of existence that intertwines our personal experience of space and time with a universal and eternal dimension. The spontaneous reflection of our thoughts and intentions in the world around us can be revelatory and transformative (Richo, 1998).

So there’s good reason to be on the lookout for those meaningful, mystical and magical coincidences that make life delicious.

“Your vision will become clear only when you look into your heart. Who looks outside, dreams. Who looks inside, awakens.” – Carl Jung

Richo, D. (1998). Unexpected miracles: The gift of synchronicity and how to open it. New York, NY: Crossroad. 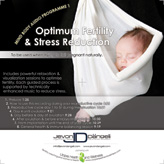 "Heaven is living consciously & Hell is living unconsciously. Which will you choose?" - Jevon Dangeli