Last weekend my friend Albert Rossi and his family visited us here at our home in Mallorca. At age 71, having been a professional jazz drummer most of his life, Albert has many stories to tell. He thought that he’d already told me the following story, but along with some tapas on the terrace, probably under the impression that he was re-telling a classic old legend, Albert took me by surprise and entertained us with his greatest untold (to me) story of all.

Before I quote Albert, let me set the frame…

Have your dream bubbles ever been burst by pricks?

Have your creative ideas ever been swept under the mat?

Have you ever been convinced to give up on following your heart’s desire?

Have you ever been excited about an idea, but your enthusiasm was not met by others and without their support you felt let down or deflated?

Have you ever been boo’d off stage, literally or figuratively?

If you can relate to any of these questions, then Albert’s story is for you:

There was a very special event that I will never forget and that was when we were playing at a hall in Alloa (Scotland). We were the main billing that night and during our break, while the guest band filled in, we went across the road to one of the local pubs to have a quick drink. It seemed like we were hardly there when our agent came running in to tell us that we had to return to the hall quickly and get back on stage. This was because the crowd were boo’ing and heckling the stand-in band and screaming for them to get off the stage. Apparently they were playing stuff that no one knew or could relate to, they could hardly be heard through their 25 watt amp, bobbing their heads around and to crown it all…they were from England. Guessed who they were ? Yeah (yeah, yeah)…The Beatles. I think it could have only been about eighteen months later they became a big hit.

The Beatles were boo’d off stage! Why? Because they were unknown, uninteresting and underpowered.

But that didn’t stop them! They continued doing what they loved, until they became more known for it, which then became more interesting to others, which in turn provided them with more resources (power) to become a big hit.

The Beatles became famous because they did what they loved and they stuck it out.

What is your main dream that you’ve given up on because you were too unknown, uninteresting and underpowered?

What would it take for you to become more known, interesting and empowered toward the manifestation of that dream?

And when you achieve your dream, what will you know, be interested in and powered by?

Make that picture big and bright, step into it and play the music. Be guided by this dream, and stick it out!

Boo’ers and hecklers may try get in your way, but just remember that they’re only people who are unknown, uninteresting and underpowered.

Never give up on your dream from within. Stick it out!

PS: If you’d like to receive Jevon’s bi-monthly Personal Development Tip and gain access to his articles, videos and audio programs…all for free, opt in here. 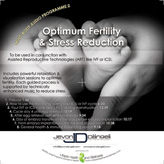