Transpersonal Psychology – as above, so below

Transpersonal psychology is a school of psychology that integrates the spiritual and transcendent aspects of the human experience with the framework of modern psychology. It is also possible to define it as a “spiritual psychology”. The transpersonal is defined as “experiences in which the sense of identity or self extends beyond (trans) the individual or personal to encompass wider aspects of humankind, life, psyche or cosmos” (Walsh & Vaughn, 1993). It has also been defined as “development beyond conventional, personal or individual levels” (Scotton, 1996).

As has been long recognized by humanistic psychology, the conventional psychological perspective on health is that it is something obtained when pathology has been ameliorated. That is, health is the absence of pathology and suffering. In Maslow’s (1968, 1970) terms, conventional psychology has primarily focused on deficiency (i.e., states of need or lack) and not on growth and being (i.e., realization of fullest human potential as persons in the world). Putatively, most extant clinical psychological theory, research, and practice is oriented towards understanding and treating pathologies.

In contrast to the traditional view and akin to the humanistic movement, transpersonal psychology is motivated to investigate and facilitate the emergence of optimal psychological health. It proposes that the study of positive states and qualities of functioning should be incorporated into our efforts at constructing a more complete and holistic understanding of the individual. Consequently, health is seen not merely as the absence of pathology but instead as the presence of growth-orientedness and a movement toward well-being and self-realization.

“Transpersonal psychology extends psychological research to optimal mental health, consciousness, and its non-ordinary states, and unexplored human potentialities, such as meaning, will, values, creativity, etc.” (ETPA, 2002, p. 110). Throughout its existence, transpersonal psychology has held a strong interest in exploring the implications of consciousness and spirituality for health, both physical and mental. As a function of this interest, a great deal of energy has been directed towards the development and advocacy of transpersonally-oriented theory, research, and practice in the realm of clinical and counselling psychologies.

Walsh and Vaughn (1980) suggest that each state of consciousness reveals its own picture of reality, which in turn makes one’s perception of reality only relatively real, therefore one’s perception of reality is a reflection of one’s state of consciousness. What one identifies depends largely on the state of consciousness in which the mind or self are observed. This echoes the overarching idea in quantum theory that reality is observer created, or as it was stated by Anaïs Nin, we don’t see things as they are, we see things as we are (1961). Another concept in alignment with this is one of the presuppositions upon which the field of Neuro-Linguistic Programming (NLP) is based, namely that each individual is the co-creator of their personal map of reality (Bandler & Grinder, 1976). Furthermore, Hartelius & Ferrer (2013, p. 196) suggest that one’s location in life is their starting point – from where one relates to one’s experiences – giving each experience meaning based on the implications of their starting point. On this basis then, valid perceptions – as agreed upon in Western scientific models have been determined because of their general location, one which is based on the Cartesian subject-object split.

Each individual’s personal reality (how one experiences and interacts with the events of one’s life) demonstrates that there seems to be no solid or consistent boundary separating one’s subjective and objective experience. If one was to transcend the metaphysical assumption that subject and object are separate (which some ASE processes have the potential to do) then what might one experience? Jung’s description of the collective unconscious infers that various aspects of the mind or self can be ‘seen’ as part of one interconnected whole manifesting on different levels. This supports the proposition that the separateness of subject and object is a kind of optical delusion of consciousness (Einstein, 1977) resulting from looking at reality through a Cartesian lens. Einstein apparently understood the value of establishing new levels of awareness in order for the world to overcome its problems associated with this dualism. Even if one was to argue that the unavoidable process of internalizing experiences creates the perceptions through which one continues perceiving others and the world as separate, then it would stand to reason that any such perception is constantly changing according to one’s experiences. This would mean that a valid perception is only valid within its own situatedness, or to the extent that one is involved in the context of the perception and thereby co-creating the experience. The point here is that the intimate interplay between object and subject can be so interwoven that disregarding it would be undermining the scope of our existence. Transpersonal psychology aims to understand universal reality and our human potential from a point of view that is shaped and formed by the subject-object split as little as possible.

Western science is approaching a paradigm shift of unprecedented proportions, one that will change our concepts of reality and of human nature, bridge the gap between ancient wisdom and modern science, and reconcile the differences between Eastern spirituality and Western pragmatism.
– Stanislav Grof, Beyond the Brain (1985), p. 16

Transpersonal Psychology is an integral aspect of the Authentic Self Empowerment (ASE) approach taught at our ASE Facilitator Training and ASE events. .
.

Related article: The value of a transpersonal perspective for coaching psychology 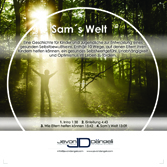 "And the day came when the risk to remain tight in a bud was more painful than the risk it took to blossom." - Anais Nin